Playtime between a dog and his master (or family) is important for his wellbeing, including behavior, emotional state, and overall physical health. So, get out there and play with your dog today!

It is important for dog owners never to underestimate the role that play has on the lives of their pets. Playing is very important for a dog’s development, as it provides mental stimulation and physical exercise, while also improving the bond between the dog and his owner.

Puppies start to play with their mothers when they are around one month old and these seemingly innocuous games develop the coordination and muscles of the dog, plus it helps to teach them important skills that enable them to become a social and well-balanced dog. Puppies naturally learn how to inhibit their bite when playing.

Playing with Your Dog Makes Him More Social

Puppies that learn how to invite others to play are more likely to carry these skills with them into adulthood. Another valuable lesson learned by puppies is how to play a submissive role, but also how to be a dominant leader and playtime gives a clear indication as to whether a dog will become a follower or a leader.

The communal behavior learned in play helps dogs to form social bonds and eventually molds their personality when they become an adult. Dogs that were able to play well as puppies are likely to become good at communicating, while dogs that were isolated as puppies are more likely to develop anxiety or aggression and they commonly have issues learning bite inhibition.

Use of Senses & Instinct at Play

Play enables dogs to solve problems and be inventive and this process allows their brains to develop. When dogs play games, they get to use all their senses, such as smell, sight, hearing, touch, and listening; again, this allows them to be more sociable. Dogs that derive the benefits of play will be less anxious and fearful and have more confidence, because they learn how to explore and have exposure to other dogs and humans in different conditions.

Dogs are natural predators, so including behavior, such as digging, retrieving, chewing, chasing, and hunting during play will also be of benefit to your dog. Dog owners have been wrongly told that playing tug-of-war with their pet is bad, because if the dog wins, he may act more dominantly. It turns out that this is a great game, so long as your dog knows the release command. These games allow a dog to use his predatory behavior and it actually decreases aggression and teaches a dog how to be cooperative. It’s important to let him win every once in a while, but not so often the game is no longer fun for him.

Dogs that play a lot of mental games will experience a much slower deterioration in their brains than dogs not exposed to this form of play. There are a multitude of great toys on the market that stimulate the physical and mental abilities of your dog through physical exercise and problem solving. Frisbee and playing fetch with a ball are great exercises and the activity is a lot of fun for both pet and owner! There are also strong rubber toys that have a hollow center which can be filled with a treat such as dog biscuits to keep him interested in hours. Many toys are helpful with fighting plaque and helping to keep the dog’s teeth strong.

Simply put, you can’t deny your dog playtime, because it is essential for his physical and mental wellbeing. 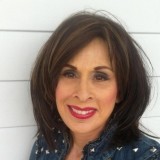 I have loved animals since I was a small child. My father was allergic to all cats and dogs,so hard as it was for me, we could not have any pets. Once I was on my own, I adopted cats and dogs I found on the streets of Atlanta. Some I adopted from a shelter,but mostly I found them. My love for four legged friends continues to grow. I truly love seeking out not only new products that make their life better,but also learning more about them and best ways to care and keep them healthy and happy!

Camping With Your Dog

Cold Weather Care for Your Dog

Sign up to get the latest on sales, new releases and more …